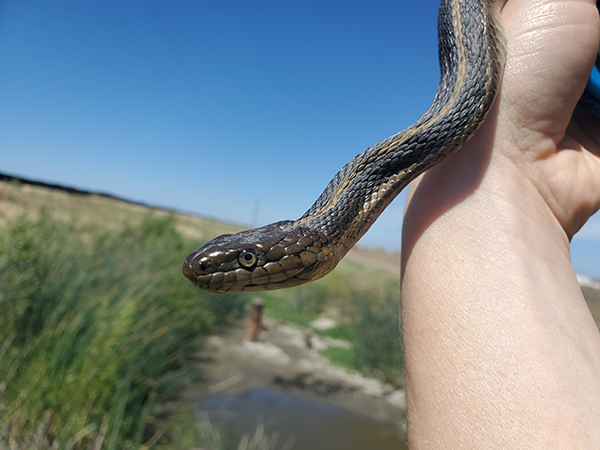 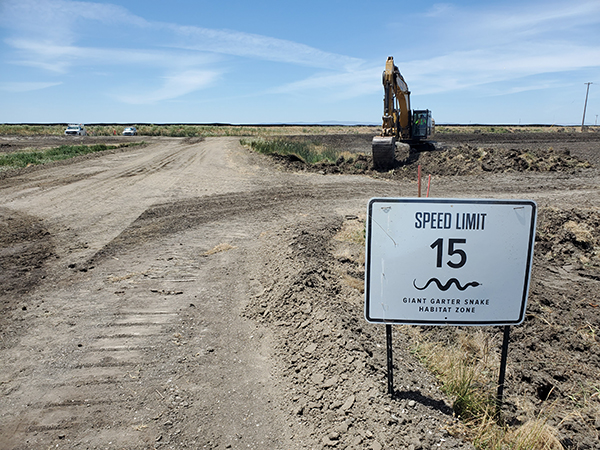 The Biophilia Group, working for Sol Ecology, Inc., was invited to provide giant garter snake expertise to support Ecosystem Investment Partners on the Lookout Slough Tidal Habitat Restoration and Flood Improvement Project in Solano County.
Surrounded by five sloughs, the project area covers approximately 3,600 acres of tidal marsh and subtidal habitats in the Sacramento-San Joaquin Delta. This project aims to provide habitat for the Endangered delta smelt and improve habitat for other species of concern in the area.
The Biophilia Group has extensive experience with the federally Threatened giant garter snake and has been assisting with monitoring efforts and ensuring compliance for the species. In addition to finding and relocating giant garter snakes, The Biophilia Group is also monitoring for western pond turtles, burrowing owls, Swainson’s hawks, and nesting birds. 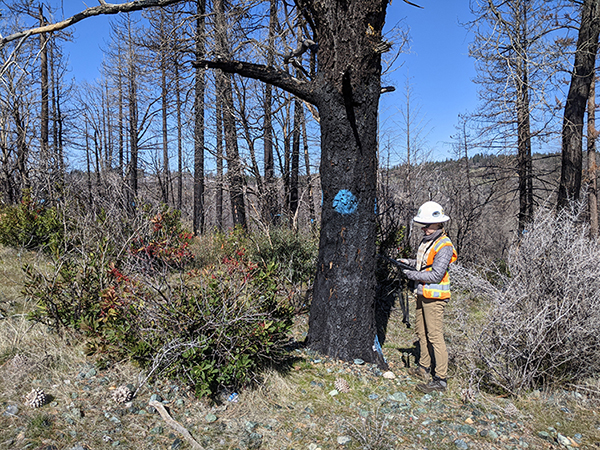 In the fall of 2018 the town of Paradise, California was ravaged by the deadliest and most destructive wildfire in state history. This disaster known as the Camp Fire took 85 human lives and scorched 153,336 acres of land in Butte County. In addition to burned homes, 60,000 fire-damaged trees were left standing, threatening public infrastructure. These hazard trees required removal and the Biophilia Group was hired to assist in the process.

Our role was to ensure that hazard tree removal was conducted in a manner that reduced impacts to sensitive biological resources such as watercourses, active bird nests, and habitat for special status species such as California red-legged frog, foothill yellow-legged frog, western pond turtle, and valley elderberry longhorn beetle. 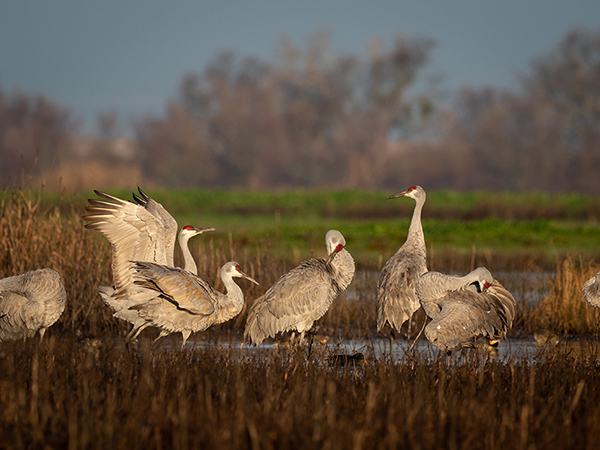 Each year beginning in February, between 450,000 and 700,000 sandhill cranes leave their wintering grounds in Texas, New Mexico, and northern Mexico to migrate north to their summer breeding grounds. During this six-week journey, cranes stopover to rest and refuel in grasslands, prairies, and wetland areas along North America’s Central Flyway. One subspecies, the Greater Sandhill Crane, only breeds in California and overwinters in the Central Valley, where they have access to leftover grains from agricultural fields.

Biophilia Group was invited to assist with sandhill crane surveys in Sacramento County during their winter migration. The objective of this project was to determine how cranes were utilizing a conservation easement and nearby agricultural land. In order to quantify habitat quality and preference by cranes, we conducted point counts and observed crane behaviors including their famous courting dance. 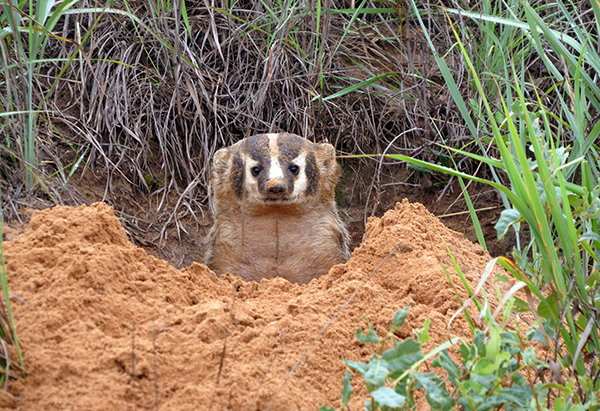 The American Badger (Taxidea taxus) is a member of the mustelid family and is found in a variety of habitats including grasslands, open forests, and meadows. Badgers are fossorial and prefer loose sandy soils for digging burrows to shelter in, and forage for small mammals and insects.

Although badgers are widely distributed from Canada to Mexico, in California much of their habitat is disappearing or becoming fragmented. California Department of Fish & Wildlife has therefore listed the American badger as a species of special concern.

The Biophilia Group monitored for badgers at the Paula Lane Open Space Preserve in Sonoma County during construction of a trail. Game cameras were set at night to document badgers as well as other animals utilizing the space. During the day, badger burrows were protected and monitored during construction activities to ensure no animals were disturbed.